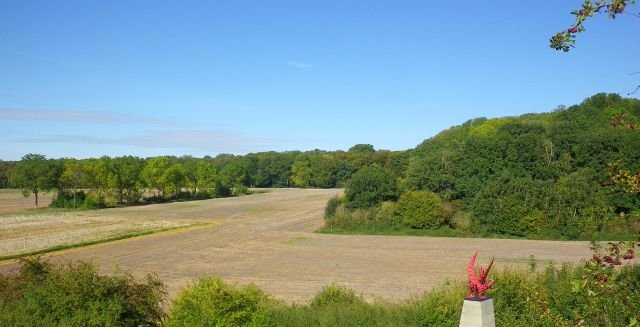 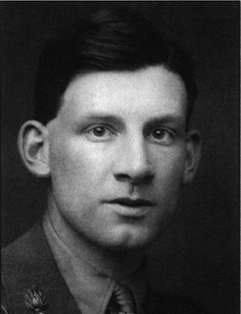 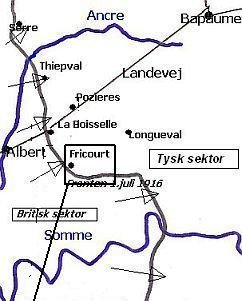 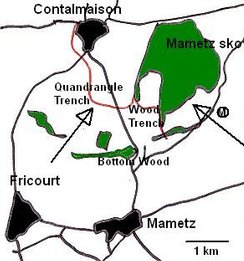 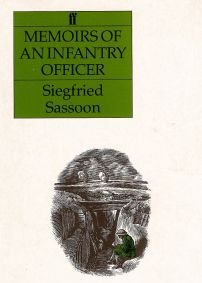 While dawn broke like a face with blinking eyes,

Things seemed all right at first. We held their line,

And clink of shovels deepening the shallow trench.

The place was rotten with dead; green clumsy legs

High-booted, sprawled and grovelled along the saps

And trunks, face downward, in the sucking mud,

And then the rain began,—the jolly old rain!

A yawning soldier knelt against the bank,

Staring across the morning blear with fog;

He wondered when the Allemands would get busy;

And then, of course, they started with five-nines

Traversing, sure as fate, and never a dud.

Mute in the clamour of shells he watched them burst

Spouting dark earth and wire with gusts from hell,

While posturing giants dissolved in drifts of smoke.

He crouched and flinched, dizzy with galloping fear,

Sick for escape,—loathing the strangled horror

And butchered, frantic gestures of the dead.

An officer came blundering down the trench:

Then the haze lifted. Bombing on the right

Down the old sap: machine-guns on the left;

And stumbling figures looming out in front.

And started blazing wildly ... then a bang

Crumpled and spun him sideways, knocked him out

To grunt and wriggle: none heeded him; he choked

And fought the flapping veils of smothering gloom,

Lost in a blurred confusion of yells and groans ...

Bleeding to death. The counter-attack had failed.

Gilbert, Martin: The Somme. Heroism and Horror in the First World War (2006)